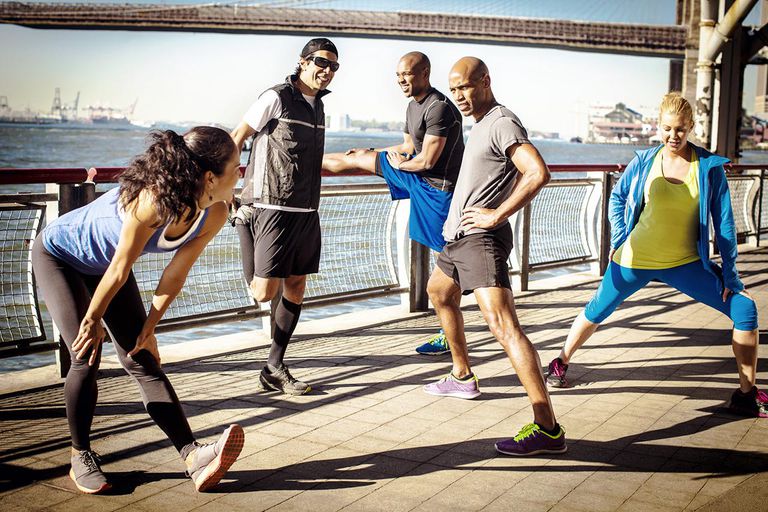 Endurance is a term widely used in sport and can mean many different things to many different people. In sports, it refers to an athlete’s ability to sustain prolonged exercise for minutes, hours, or even days. Endurance requires the circulatory and respiratory systems to supply energy to the working muscles in order to support sustained physical activity.

When most people talk about endurance they are referring to aerobic endurance, which is often equated with cardiovascular fitness. Aerobic means “with oxygen” and during aerobic exercise, the body uses oxygen to help supply the energy needed for exercise.

The objective of endurance training is to develop the energy production systems to meet the demands of activity for as long as they are required.

The body converts food to fuel via several different energy pathways. In the simplest terms, the body can convert nutrients to energy with or without the presence of oxygen. These two energy systems are called:

These pathways can be further divided. The three energy systems most commonly mentioned in exercises include:

Most often it’s a combination of energy systems that supply the fuel needed for exercise, with the intensity and duration of the exercise determining which method gets used when. However, aerobic metabolism fuels most of the energy needed for long duration or endurance exercises.

Athletes continually strive to push their capacity to exercise harder and longer and increase their endurance. The factors that limit sustained high-intensity efforts include fatigue and exhaustion. Sports training has been shown to modify and postpone the point at which this fatigue occurs.

VO2 max or maximal oxygen uptake is one factor that can determine an athlete’s capacity to perform sustained exercise and is linked to aerobic endurance. VO2 max refers to the maximum amount of oxygen that an individual can utilize during maximal or exhaustive exercise. It is measured as milliliters of oxygen used in one minute per kilogram of body weight. It is generally considered the best indicator of cardiorespiratory endurance and aerobic fitness. Elite endurance athletes typically have a high VO2 max. And some studies indicate that it is largely due to genetics, although training has been shown to increase VO2 max up to 20 percent. A major goal of most endurance training programs is to increase this number.

With endurance training, the body becomes better able to produce ATP through aerobic metabolism. The cardiorespiratory system and aerobic energy systems become more efficient at delivering oxygen to the working muscles and converting carbohydrate and fat to energy.

There are many different ways to train for improved aerobic endurance. The duration, frequency, and intensity of each type of training vary and the training focuses on slightly different energy systems and skills and results in different physical adaptations. Some of the most well-known endurance training programs include:

How to Measure Cardiovascular Endurance

Cardiovascular endurance testing measures are used along with other fitness tests to measure how efficiently the heart and lungs work together to supply oxygen and energy to the body during physical activity. The most common methods of determining endurance include:

Getting in Shape? Here Are Some Basics About Nutrition and Weight Loss

What to know about hepatitis C in men

What You Need to Know About Anaerobic Exercise

LEEP procedure: What to expect